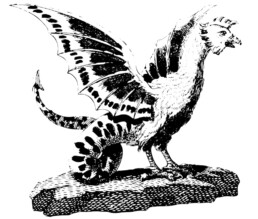 Basilica of San Siro - The saint and the basilisk

The Basilica of San Siro is one of the oldest churches in Genoa, erected according to tradition in the fourth century. This church, initially dedicated to the Holy Apostles, was then dedicated to San Siro, a character whose life is linked to many stories.

Saint Syrus became bishop of Genoa around the middle of the fourth century. He is also remembered as "San Siro da Struppa" or "San Siro di San Remo", the city that, while still a deacon, he was sent to evangelize.
So far, nothing extraordinary. But the saint is most famous for having defeated a legendary animal, none other than a basilisk. The basilisk is a mythological creature also referred to as the "king of serpents". This animal had the power to kill or petrify its poor victims with a single glance in the eye. And any living thing that came into contact with its breath or was bitten died instantly. The basilisk lived in desert environments created by itself. One of its main characteristics was the ability to dry up shrubs not only by touching them, but also by looking at them.

Legend has it that the monster would have tormented the Genoese for a long time. Its refuge was situated at the bottom of a well next to the present Basilica dedicated to San Siro. According to the reports, however, it seems that the bishop of Genoa decided to face it at a certain point, by removing the monster from its shelter.

The defeat of the basilisk, which according to scholars probably symbolizes the defeat of the Arian heresy, perfectly embodied by the basilisk, has left several traces behind. To recall the legendary clash between the creature and the saint, there is in fact a medieval bas-relief walled between the arches of a thirteenth-century portico in the widening in front of the southern side of the Basilica of San Siro. While inside, in the apse, you can admire a seventeenth-century fresco by Giovanni Battista Carlone.
Did you like this story? Do you want to discover other curiosities? Look for them on Secret Maps!