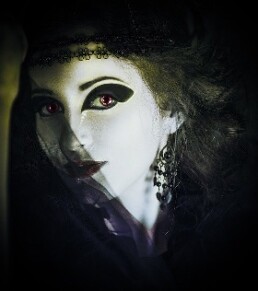 The Black Lady - The spectre of Parco Sempione

Parco Sempione, the most famous and largest park in Milan, is a 15th century park located near the famous Castello Sforzesco. In this very popular place, you will find several sculptures and buildings. Ancient palaces that gave luster to the artistic and cultural history of Milan. But here it is said that there is also a disturbing presence: the Black Lady.

According to legend, it is the spectre of a mysterious lady, who would appear, especially on summer, with her face hidden by a black veil, walking alone all through the park. Who met her, tells she has a doded attitude and does not like to attract attention. It even seems that if she is somehow annoyed or disturbed, she disappears and does not show up for several days.

But some stories are much more gloomy. Other versions tell that on fog nights, when Parco Sempione is deserted, happen to smell an intense flavour of violets. A beautiful woman wrapped in a long black dress and a dark veil covering her face would approach you, handing her frosty hand. Then, she would drag you along hidden paths of the park, into an increasingly dense fog, to a misterious large mansion.

Inside this mansion the Dama would allow herself to the poor visitors and then show them the face: a skull with empty orbits, which would make them run away. Legend tells that men who have been victims of the Dame lose their minds and are leaded to madness. They would spend the rest of their lives trying to find the dark lady's mansion.
Did you like this story? Finding out many more about Milan or other town is simple…download Secret Maps!